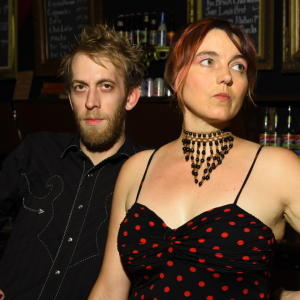 Hard working, heavy hitting folks like Shelley Miller have been part of the scene in Chicago for decades.  Shelley Miller’s work ethic is indicative of the power of Chicago’s indie music scene. As a teacher at the Old Town School of Folk Music I participate each year in the Square Roots festival in Lincoln Square. Recently, I had the honor to introduce Shelley Miller and her new band, Soft Ledges. Shelley Miller is one of the inner city’s rock legends– she has lived a life and chronicled it in song. Catch one of the podcasts where she is interviewed and you find someone who is not only interesting but worth knowing. Soft Ledges is an appropriate addition to the series of life chapters that chronicle her novel worthy personality and lifestyle. A power trio with heavy psychedelic over and undertones, her songs carry themselves with the haunting lilt of Ry Cooder’s scenic compositions. But think more of Riot Fest when you think of Shelley Miller. Think, Regina Spektor, meets Patti Smith meets Oriantha with lots of Enosification sprinkled throughout. All this coming from one of the finest singer songwriters Chicago has to offer. Like all of the best artists she is reinventing herself for the umpteenth time– otherwise, she be bored out of her skull. Her music is like her, driven, inspired, and becoming. That’s the most important thing about listening to Miller’s work. You don’t feel like you’re listening to someone who knows it all; you feel like you are listening to discovery. Discovery of the self, discovery of the world around her and not afraid to say what it all looks like. She’s a good rocker, a great artist and well worth listening to. In my guise as ShooBooty, Chicago’s newest live production specialist, I invite you out to my next show at Elastic featuring Shelley Miller and Soft Ledges. Details are are already posted to this site. In the meantime, listen to some of Shelley Miller’s music and maybe help a sister out with her fundraising campaign for the new CD. But don’t miss this concert– you’re gonna wanna say, you knew her when.